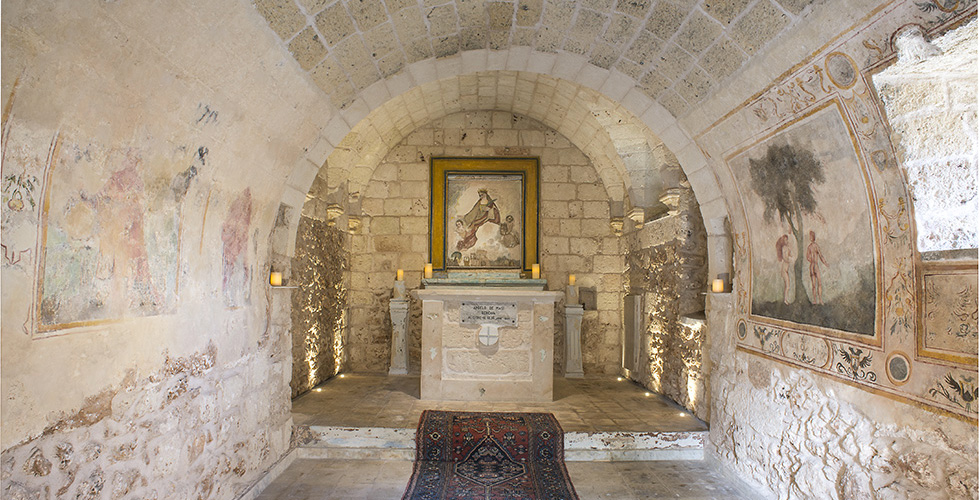 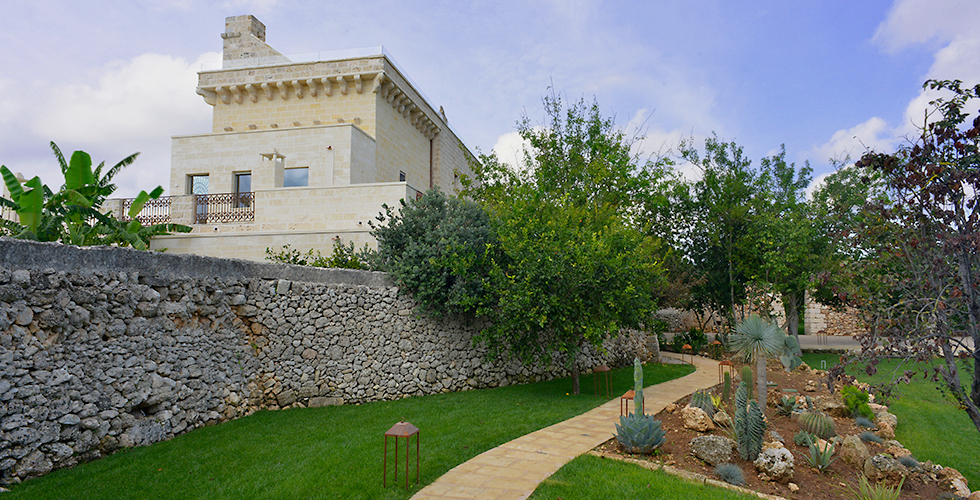 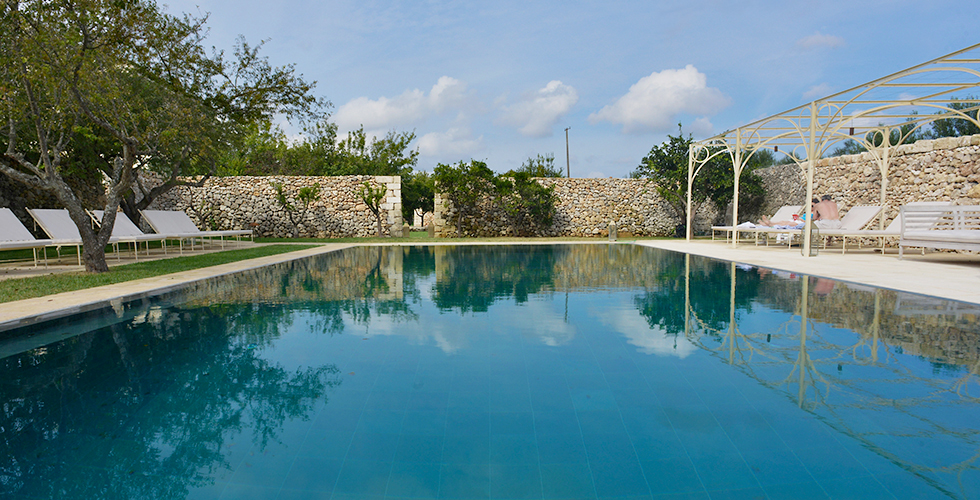 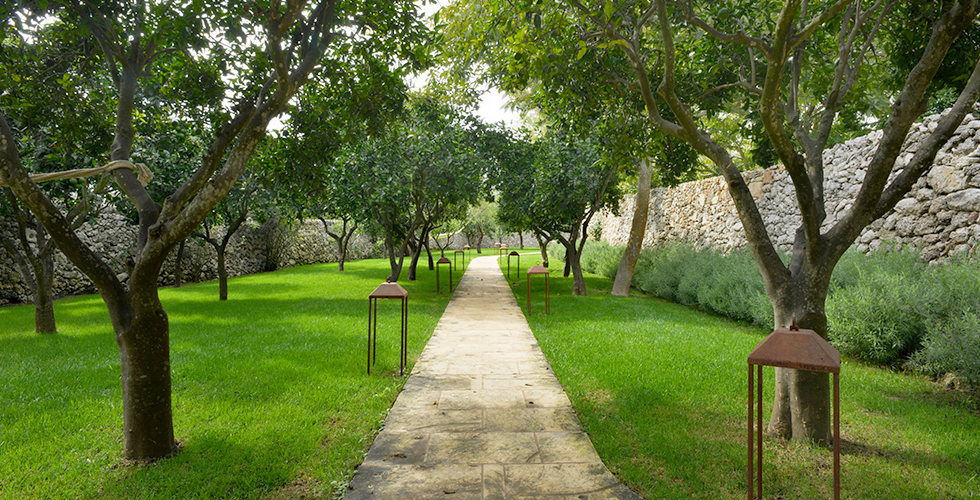 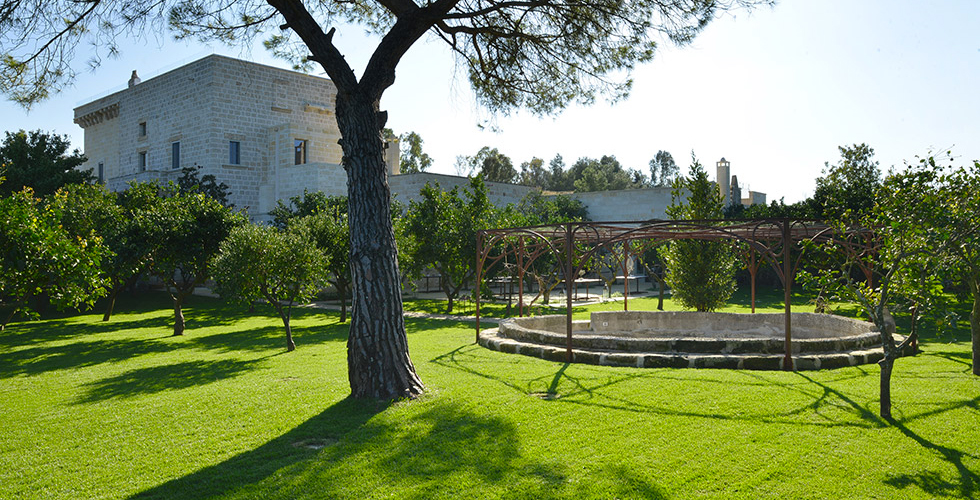 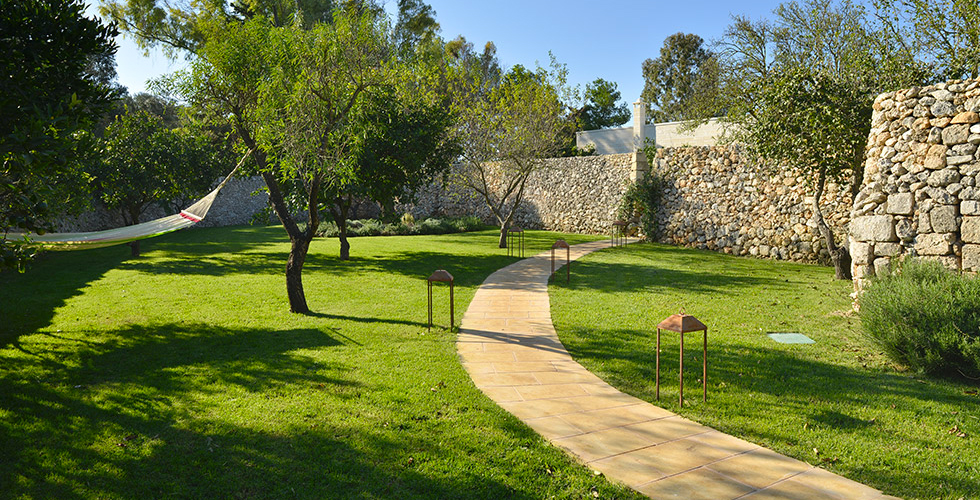 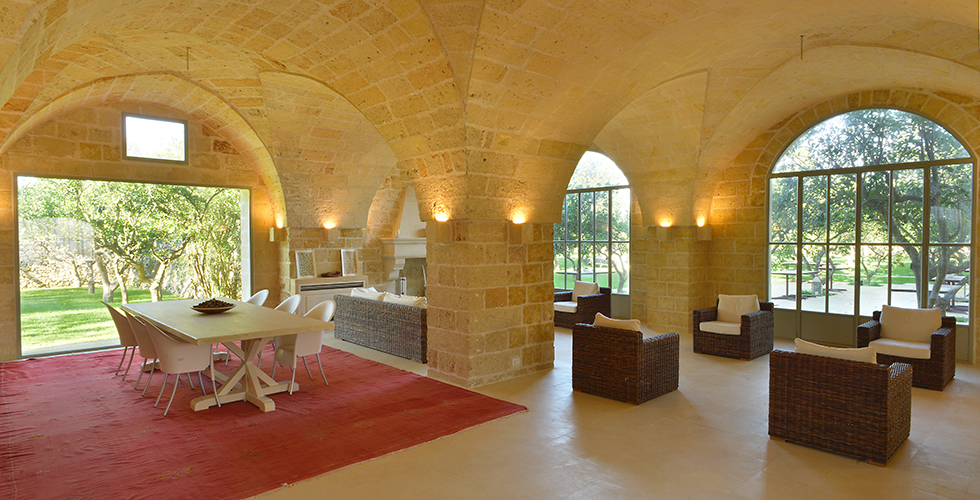 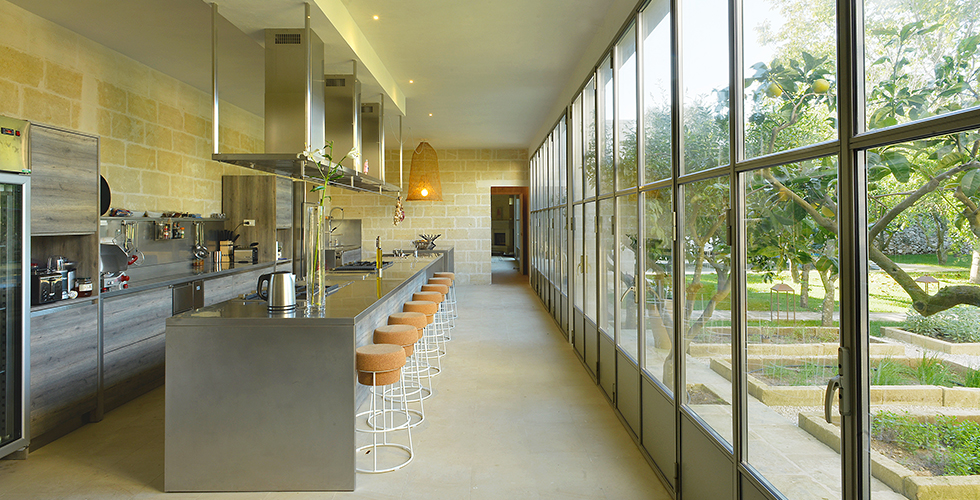 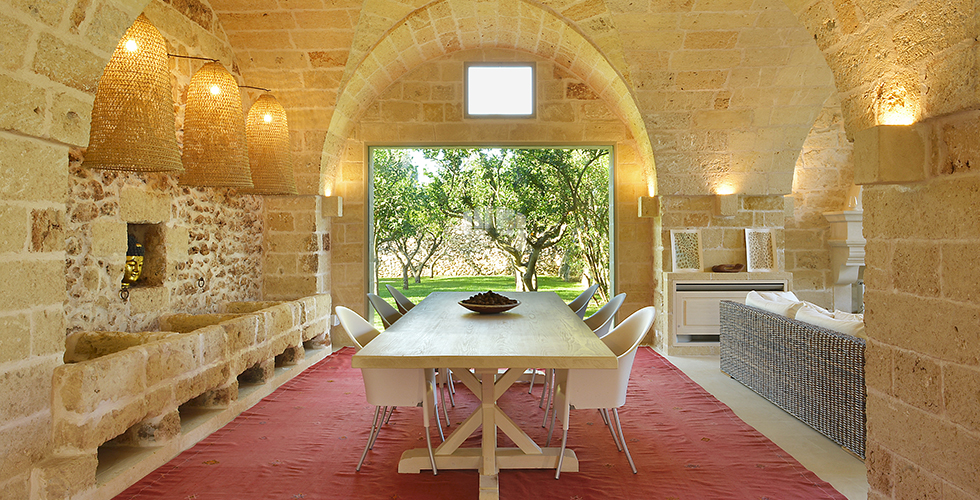 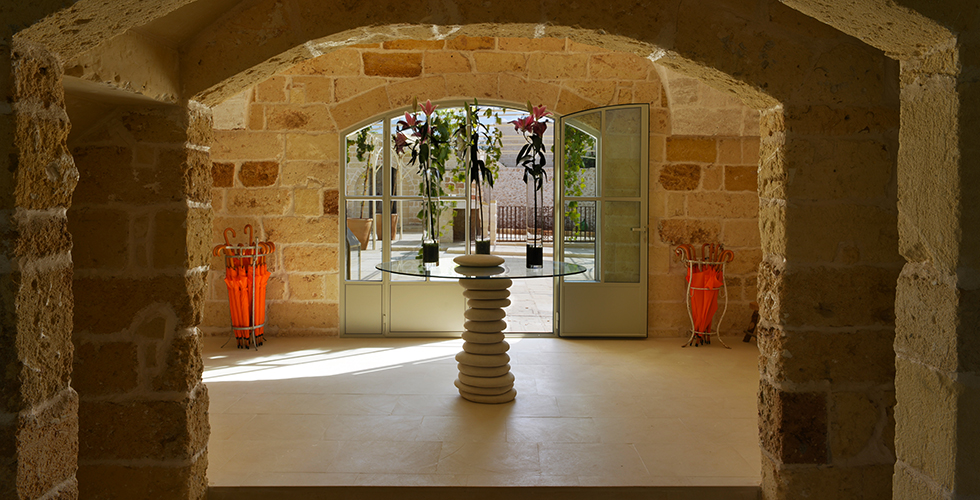 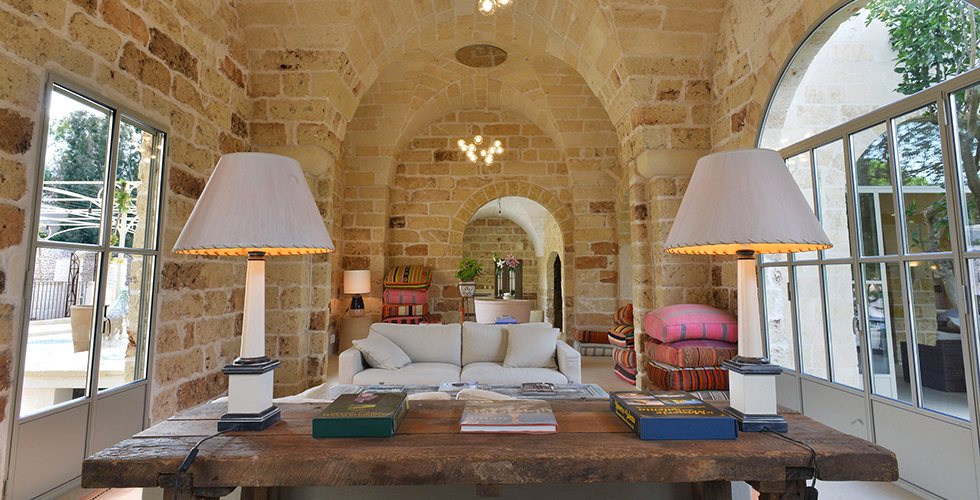 Seen from a distance Masseria Trapanà emerges from the sixty hectares of Olive groves that surround her like the majestic fortress she was built to be. Her origins date back to the late 16th Century, the oldest part being the Chapel of Santa Barbara (The protector saint). Underneath the courtyard is an extensive Frantoglio (Olive Press), still in its original condition.

Not having been touched for over one hundred years, Trapana has now been meticulously restored with all the modern luxuries over a two year period. It now consists of six gardens containing nineteen types of fruits and nuts, predominately mandarins, oranges and Lemons. Each garden space has been designed to offer differing areas of relaxation from the Yoga garden to the Games garden you will find random hammocks in quiet sunny nooks which will transport you as far as possible from the normal hustle and bustle of life.

The pool garden has a large pool and the surrounding area has oversized beds offering the opportunity to drift off to sleep under the plum trees.

The design of the suites was centred around the idea of making the garden a part of the room with most having private courtyards and external baths for two people hidden under the trees. External showers go side by side with internal showers where possible and light was a driving force in the final room design experience.

Situated ten minutes from Lecce and ten minutes from the Adriatic coast, Masseria Trapanà is an ideal location from which to visit all the wonderful places of interest such as, Alberobello, Martina Franca, Ostuni, Gallipoli ,Otranto, Porto Cesareo and Santa Maria di Leuca.